Chris was born in Oxford, the son of Arthur and Bay Budgett, and was raised at ‘Whatcombe’, the famous racing stables. Following school, Chris spent three years at Cirencester Agricultural College before gaining valuable experience at Haras d’Etreham in Normandy, Arthur Hancock’s Stone Farm in Kentucky and Lindsay Park Stud in South Australia.

Chris returned to England to work with his father and took over managing the stud in 1984. In 1989, Chris made the bold decision to relocate and purchased 350 acres ‘across the road’ from Kirtlington Park. With the support of a loyal and select group of owners, Chris has been developing the present stud ever since. 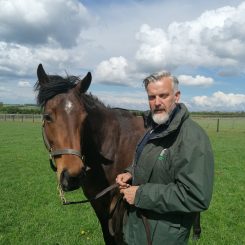 Ben was born in Stafford and studied at West Oxfordshire College under the late John Onions.  He started his career at James Delahooke’s Adstock Manor Stud and went on to be the Stallion Manager at Barleythorpe Stud in Rutland when it was home to the highly successful sire of sprinters, Mummy’s Pet.  Ben was Stud Groom at Templeton Stud for 10 years before joining the rapidly growing Tweenhills Stud, where he was Stud Groom for a further 10 years.

Ben joined us as Stud Manager in July 2020.  Outside of  work, Ben enjoys football and cricket.

Tom is the son of Richard King, long time Broodmare Manager at St Simon Stud. He was raised around Thoroughbred horses and graduated from the National Stud’s Stud Management Diploma after studying Land Management at the Royal Agricultural University, Cirencester. Tom went on to gain valuable experience at Haras d’Etreham, Sun Stud, Arrowfield and Watership Down.  He also worked for Olly and Hetta Stevens, Jean-Claude Rouget and Yorton Farm. Tom was the Stallion Manager at Tweenhills and accompanied some of the stallions on their trip to the Southern hemisphere.

Tom joined us as Second Person in April 2021. Outside of work, Tom is passionate about horse racing and enjoys playing cricket and tennis. 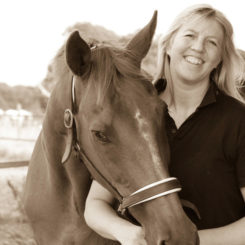 Ruth was born in Oxford and grew up riding and competing at a local level and as a member of the Pony Club Show Jumping Team. After leaving school, Ruth studied for a HND in Business and Finance, Stud and Stable Administration at West Oxfordshire College. Whilst studying, Ruth spent a summer working at Kirtlington Stud followed by sales and weekend work. She then joined the team as Stud Secretary in July 1997.

Ruth enjoys re-training ex-racehorses and has re-homed a few from the stud, including Xanthus who evented to BE100.